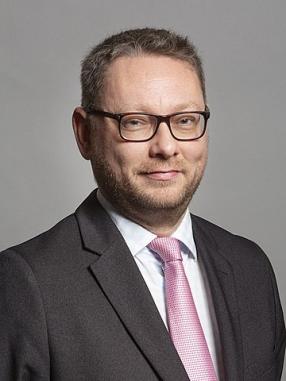 Since my last column, Westminster has resumed after the summer recess.

The option to attend Parliament ‘virtually’ has ended and so everyone wanting to ask questions of Ministers, contribute to debates, or vote on Parliamentary business must do so in person.  So back to normal then?  In some respects, yes, but that overlooks the fact that we are very much in the initial phases of a ‘new normal’.

No-one, whatever their job, should be forced into a position where they have to choose between work and putting the health of their family or themselves at risk.  There were some perfectly adequate innovations put in place to bring some semblance of a 21st century workplace to the crumbling Victorian palace on the Thames but it seems these are no longer acceptable to the Leader of the House, Mr Rees-Mogg.

Rather than placing people in such a position, it is surely far better to allow MPs to contribute remotely and to ensure that their constituents’ voices can continue to be represented in debate.

It amplifies a wider point that having MPs take 15 minutes to file through the lobbies in person to cast one vote – and there can be many votes during the course of a day – is simply not a good use of anyone’s time, particularly when you consider how much that that time costs the taxpayer.  I would far rather be voting at the touch of a button, as seems to work perfectly well in the Scottish Parliament and many other modern Parliaments across the world, and use the time that saves to get on with the real work of representing constituents.

Representing constituents in Parliament is always better done if you’ve been able to get out and about and engage with people.  With the gradual relaxation of restrictions I managed to undertake a wide range of (socially-distanced) visits, engagements and a huge number of virtual meetings during the summer recess across the length and breadth of Gordon.

As well as conducting a number of ‘street surgeries’ in Huntly, Dyce and Oldmeldrum, some very interesting and useful visits were made with community groups and local businesses, covering manufacturing, aviation, climate change, WASPI, the environment, charities, farming and much more besides.

And at Westminster, it’s been a busy first week back speaking on the National Insurance Contributions Bill and questioning the Prime Minister on his plans to fund the social care measures he is introducing in England, which impacts on people in Scotland, as well as quite a few meetings with campaigning organisations wishing to brief MPs.

My team and I are here to help you if we can and we are looking forward to getting back into my Constituency Office as and when the advice allows for that.  In the meantime though, you can contact me by phone on 020 3545 2236, by e-mail at [email protected], and via my website at richardthomsonmp.com with virtual meetings and surgeries available on request.