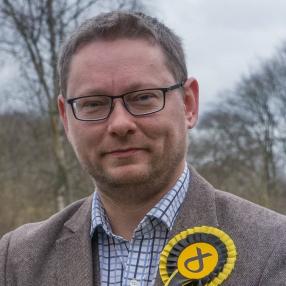 Gordon MP Richard Thomson has questioned a Department for Work and Pensions Minister on the Tories’ planned cut to Universal Credit in the House of Commons.

Speaking during DWP Questions, Mr Thomson said that the UK Government’s cut to Universal Credit will result in one in three families with children in Scotland losing over £1000 overnight and plunge 20,000 children into poverty.  Responding, Parliamentary Under-Secretary of State Will Quince MP offered no prospect of the cut not going ahead.

Mr Thomson raised the issue in the Commons following a briefing from the Child Poverty Action Group (CPAG) which stated that the cut will affect millions of working families and fundamentally undermine the government’s mission to level up.

New CPAG research, commissioned by Action for Children, shows hairdressers, pharmacy assistants and shelf fillers will be among those working families facing the biggest overall drop in their benefits income since 2010 if the cut to universal credit goes ahead next month.  Hairdressers will lose an average of £1,982 a year after the cut, followed by pharmacy assistants (£1,946 average annual loss) and shelf fillers (£1,843).

“It is incredibly concerning that despite a succession of highly-respected organisations such as the Joseph Rowntree Foundation, Citizens Advice Scotland and now the Child Poverty Action Group coming out against the cut to Universal Credit and backing this up with extremely detailed research on how devastating the effect of this will be on families, that the Minister still refuses to recognise the difficulties this will cause for people and insists the £20 uplift will go next month.

“The uplift to Universal Credit should stay and it is the UK Government snatching away that financial lifeline that should go.”