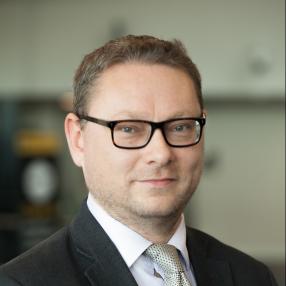 Aberdeenshire Conservative MP Attacks Own Party as "Complacent and Entitled"

FURTHER EVIDENCE OF DIVISION AND DISARRAY IN PARTY – THOMSON

Gordon MP Richard Thomson has seized on comments from West Aberdeenshire and Kincardine Conservative MP Andrew Bowie as further evidence of the division and disarray in the Conservative Party.

Mr Bowie, whose website states he is a Vice-Chairman of the Conservative Party, wrote a scathing online article criticising his own party, agreeing that it has not had an idea since 2005 and going on to say:

“Complacency bred from the fact that the Labour Party, after more than a decade in turmoil and opposition pose no electoral threat.  Entitlement bred from the comfort of office and power.”

“These are quite extraordinary comments from Andrew Bowie and voters who were persuaded to give the Conservatives ‘one last chance’ in the North-east last month may very well be questioning why he has chosen to wait until after the local council elections to give voice to his opinions.

“Whilst agreeing wholeheartedly with Andrew Bowie’s views regarding the ‘complacency and entitlement’ of the party he represents, he omits from the charge sheet the serial dishonesty of his leader; the complete lack of a coherent plan to protect people from rising fuel and food prices; cuts to Universal Credit; hikes in National Insurance; and an extreme Brexit which is putting pressure on businesses and consumers.

“Andrew Bowie’s comments simply serve to remind us once again that the UK Government is too consumed by chaos and infighting to properly protect and support households being hammered by the Conservative-made cost-of-living crisis.”