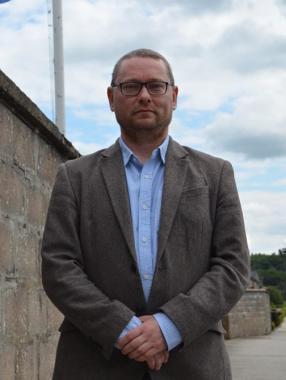 Gordon MP Richard Thomson has received an assurance from the UK Department for Transport that exchange arrangements for holders of HGV licences issued in Ukraine to allow refugees living in the UK to drive here legally are being looked at.

Mr Thomson was contacted by a constituent who highlighted the case of a Ukrainian refugee who has extensive HGV experience driving throughout central Europe but who cannot transfer his Ukrainian Category C & Category CE licence without extensive re-training in the UK.

Writing to the UK Department for Transport, Mr Thomson pointed out the skills shortage currently being experienced among HGV drivers which is affecting the food processing industry in particular which could be alleviated by Ukrainian drivers.

In his letter to the Department of Transport, Richard Thomson MP said:

“We now find ourselves facing a new emergency as a consequence of Russia’s invasion of Ukraine and the unfolding humanitarian crisis that is bringing tens of thousands of Ukrainians to the UK and I believe it is right to ask the question of whether a more flexible approach can be taken.

“We should not lose sight of the fact that we require high standards to be maintained but equally we are talking about Ukrainian drivers who could, while resident in Ukraine, enter the UK through the Channel Tunnel or our many ports and quite readily and legally drive in the UK delivering goods.”

“I fully recognise that drivers with a Ukrainian lorry licence want to take up HGV driving in GB as quickly as possible and the benefits this will have for the transport sector.  I can confirm that the Driver and Vehicle Licensing Agency (DVLA) is currently in contact with the Ukrainian Embassy to obtain information on their vocational licensing and testing standards, in order to assess the feasibility of an exchange agreement for larger vehicles.

“While driving licence exchange agreements are subject to a public consultation and the introduction of domestic legislation, I can assure you that this work will be carried out at pace when the relevant information is received.”

“I am pleased the Minister recognises there is the potential here to give refugees skilled jobs in this country and also for them to fill vital shortages which have impacted so heavily on our food and farming sectors in particular.  I look forward to early progress on this from the Department for Transport.”