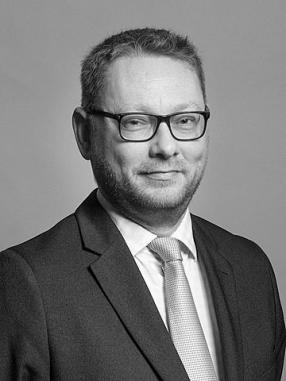 The passing of Her Majesty Queen Elizabeth at Balmoral Castle last Thursday will have come as a shock to us all.  Just two days previously she had looked frail but otherwise well in the photos of her audience with the new Prime Minister, Liz Truss.

The news has been met with genuine sorrow around the world, but not least here in Aberdeenshire, where she spent a considerable portion of her time each year at her Balmoral estate.  Deeside established its reputation as a royal destination of choice during the reign of her great great-grandmother Queen Victoria.

Certainly, Queen Elizabeth, despite having an official residence in Edinburgh, chose to spend more time at Balmoral than in any other part of Scotland.  Those majestic Deeside surroundings seem therefore a fitting setting for her last days.

The Queen’s record of public service was quite extraordinary.  She was only 25 years old when she came to the throne in 1953 following the untimely death of her father, King George VI.  Earlier this year she celebrated her Platinum Jubilee marking 70 years on the throne, the longest serving monarch in British history.

Throughout those decades she has fulfilled her role with exemplary diligence, but has also endeared herself to many people of all walks of life through her many public engagements and support for civic life.  Few of us alive today will have any memory of previous monarchs, and it will no doubt take some time to adjust to our new public realm.

On Saturday, during a special sitting of the House of Commons, I had the privilege to be able to share the sadness of Gordon constituents at the passing of Her late Majesty Queen Elizabeth, and to express our gratitude for her lifetime of service as our monarch and Head of State.

As I said then, Her Late Majesty was an extraordinary person, called to serve us in quite extraordinary times in a quite extraordinary role, serving as our monarch through a tumultuous period of technological, social and political advance. It was a role that she fulfilled with diligence, grace and decorum, and with a deep sense of duty and obligation, for which we are all incredibly grateful.

Many have spoken of the sense of permanence that we all felt about the Queen. That she was an ever-present; a constant in our public life. Of the fact that so many perhaps were never really aware quite how much her presence in the backdrop of our lives mattered to them, until her presence was no longer there.

Although we have lost a long-serving Monarch and Head of State, we must also remember that the royal family has lost a beloved mother, grandmother and great-grandmother, and my deepest condolences go out to them at what must be a painful and difficult time.  I hope it is of comfort to them to know that so many others – across the North-east and further afield - share their loss with them.